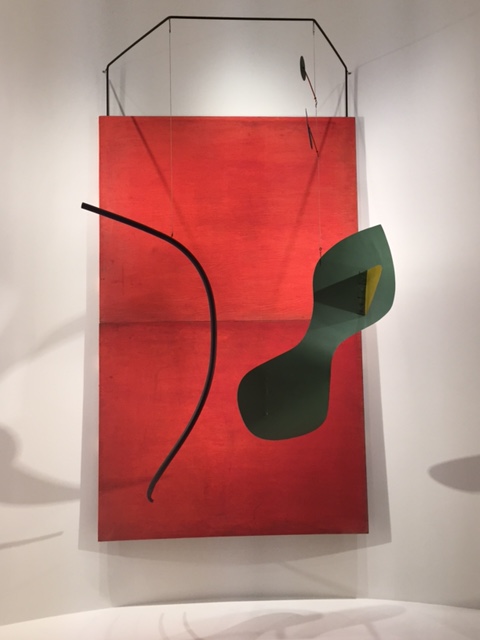 I opened a fortune cookie the other week that told me “you live your life in art.”

Here are some of my favorite things to do in the city when I feel like going on an adventure, or looking for inspiration.

END_OF_DOCUMENT_TOKEN_TO_BE_REPLACED

“Our waiter hates me,” said Julie, “Did you see that?  All he says to us is ‘Je vous écoute’.  He couldn’t get away fast enough.”

“He said Bonsoir too,” says Charlene.  His curt demeanor wasn’t necessarily rudeness in this situation, but was the culture of many European restaurants.  They were learning that restaurants in France didn’t have the same consumer-oriented feel as those in the U.S. did.  Instead of your server flirting with you, animatedly reciting for you a catalogue of specials and promotions, and dropping by every five minutes to “check in,” or “make sure everything’s alright,” one is basically left to his own devices in these establishments in Europe.

They tried to flag down one of the waiters rushing past, but this was another impossible task which had led to a few meals being eaten in McDonalds to avoid these tests of patience.

However, even the McDonalds couldn’t be considered “fast food” in the same way which was meant in the States.  The pastel-colored macaroons and other delightfully miniature pastries gave the café the appearance of a small child’s tea party spread.  The ceramic cups for café au laits and cappuccinos would also never be associated with a McDonalds in the U.S..  Even the water there, which was only offered in evian bottles surpassed the standards of most casual dining institutions in the United States, further confusing the American tourists.

The rest of the family was in that place where you were in awe over everything; where you felt as if you were in a dream or a movie.  These were the phrases people often used when describing a visit to a foreign country; the feeling of being so deep in culture shock it was difficult to distinguish reality from the trance you were in that wasn’t quite real-life.  Euros were referred to as “monopoly money,” the scarfs people wore seemed like ads in a magazine and the miniature espressos which could be spotted everywhere seemed so commonplace that it even seemed natural that you were drinking one.

Perhaps this was the best part of going to a new place, this “honeymoon” stage where it was difficult to see any faults and only the beautiful and the charming could be captured by one’s eye.

“Français.  C’est bon,” says Julie, encouraged by the compliment.  It was always reassuring to hear someone say that you spoke well.  Between the hundreds of dispiriting encounters with locals where you were literally at a loss for words, your accent was off, or other person simply judges you to be so incomprehensible that they switch to English or find someone who can, these small victories made one feel like speaking a foreign language wasn’t a completely hopeless endeavor.

They’re standing at the hostel bar later and not long after they arrive, they are approached by two men, one of whom starts speaking to Julie in French.  They make small talk for a few minutes and then he introduces himself and his friend, who is shorter, with dark curly hair and is sporting a plaid scarf, to the two girls.

“Ça Va?” the friend turns to Charlene who has yet to add to the conversation.

“I don’t speak French,” she says unapologetically, not bothering to hide her boredom in her inability to comprehend any of the dialogue.

“Where in the States?  Not from the boon-docks,”

“We’re from outside of Washington D.C.”

“It’s okay,” says the short guy jovially to Charlene, “I don’t like the French, even though I am French.”

“They are so condescending,” he says urgently, “And snobby.  They think that they’re better than everyone else.  You must agree?” He looks at Julie, who is silent for a moment, searching for the right words.  He takes her silence as confirmation to his point.  “I know you think so too,” He goes on.

“I don’t necessarily think that,” says Julie diplomatically, “I think there are French people you encounter like that.  I’ve met them more often in Paris than elsewhere, but there are people like that in every country,” She concludes logically, adding, “And I’ve had many good experiences with the French too.”

“So there aren’t any snobby French people in the town where you learn English?”

“Teach.  Learn.  They’re not the same thing,” says the tall guy.  The correction seems lost on his friend.

“Not really,” she responds to the original question, “It’s a tiny town in the middle of nowhere.  I don’t think there’s much of a reason for people to be stuck up.”  In glittering Paris, where people came from far and wide to appreciate art, cuisine, history; where the true Parisians have money and are considered cultured and refined, snobbery seemed like a given quality.  And fashion particularly was a reason, and perhaps even a justifiable reason for this attitude, as Parisians could be categorically considered the best dressed.

“The way Europeans dress is so practical,” said Paula as they pass an attractive family linking arms as they stroll onwards.  People are walking by cloaked in wool peacoats and leather jackets, scarfs, fur; warm clothes that looked chic and made of high quality material.  There was an understated elegance to the way they dressed which wasn’t present in the mainstream U.S. population.  There, yoga pants, clunky Ugg boots and puffy ski jackets were acceptable or even fashionable attire for running errands or going out, where they screamed tourist in Europe.

“People think I’m French,” Julie added, as an endorsement to her good fashion sense, “I get asked for directions all the time.  And sometimes I can even tell them the right way to go.”

“Are you going to get one of the bags that the men wear too?” said Paula.

“You can set the trend in the D.C.” said Julie.

“Please don’t wear the man purse,” said Charlene, “You can’t pull it off.”

“I’m going to wear it when I visit you and tell everyone I’m your dad,” said John.

“You hardly notice any overweight people over here,” said Paula, “And if you do see one, you just assume they’re an American.”

This refreshing absence of the obese also seemed to make clothing look several times more glamorous, as the thin always served as better live models.  One of Julie’s students had commented on this fact; she was confused as to why she never saw any fat people on American television series and Julie responded that “they only show the beautiful people on television and in the media.”

“It’s true,” said John, “Sometimes when I’m waiting for the train I count all the overweight people I see to pass the time, and it’s like eight out of every ten people needs to loose weight.”

Things were smaller, sleeker, more compact: the cities, the cars, the clothes, the people.  It was even liberating to observe that one didn’t really need the superstores, the gas-guzzling vehicles, the huge houses which seemed to sprawl endlessly across the suburbs between U.S. cities, instead of the way that European towns were compacted around the town’s interior.  This thoughtfulness is soon interrupted…

“Attention!” a woman shouts at Julie and her father, who have stopped walking, standing  in her way.  Despite being deep in culture shock, her sharp scold reminds them exactly where they are.